*Triple Doctorates (Dr. Michael Likey): (D.D.-Doctor of Divinity, Ph.D. in Mystical Research, PsyTh.D.-Doctor of Theocentric Psychology from the University of Metaphysics and the University of Sedona)
*Producer/Host of the longest-running, regularly-produced magic TV-show in Winnipeg, Canada.
*Star and producer of "Kiddie Cabaret", "Magic Mike's Castle", and "Magic Mike & Co." television programs from 1985-1994 (9 years)
*Guested weekly on "S'kiddlebits" television show for 3 years
*Magician in Lord Gort's Medieval Feast for 10 years
*Performed more than 250 magic-shows a year (1981-1994)
*Creator of more than a dozen magic illusions for his online magic-shop, "Merry Minstrel Majick"
*His brick-and-mortar "Merry Minstrel Majick Shoppe" served magicians worldwide in-person and mail-order from 1985-1994
*Magic Author of original effects which appeared in magicians' trade magazines. ("M.U.M." and "The Linking Ring")
*Author/creator of magic-books for magicians as well as laypersons available from Amazon
*Animated and created Magic Mike's Castle-related short cartoons and comic-books, available from Amazon
*Clinical Hypnotherapist
*Teacher, performer, consultant, author, singer/songwriter, and professional cartoonist/animator.
*Author of more than 45 self-help paperback books on Amazon
* Member of The International Brotherhood of Magicians and the Society of American Magicians
* Participated in the Society of American Magicians International Ring 272 Gala Show: International Stars of Magic...
* Producer/Host, The Performance Workshop: Anthony Darkstone
"I really enjoyed seeing the floating table. Very similar to my father's performance of it."﻿
-Lon Mandrake, President, The Society of American Magicians, (Assembly 95) and son of the internationally renowned magician, Leon Mandrake.

"Thanks for arranging Magic Mike. He was excellent with the children. He had a good sense of the age of the kids and was great at getting participation from them. I have never seen the kids sit still that long. He really captivated and engaged them."﻿-Tara, Birthday-Child's Mum
﻿

"HOW TO QUIET AND CAPTIVATE THE ATTENTION OF 30+ HYPER EXCITED CHILDREN AND THEIR FAMILIES! MESMERISING!"
﻿-DANIELLE PAYETTE, MANAGER, PLACE MAILLARDVILLE COMMUNITY CENTRE-﻿﻿﻿﻿


"Magic Mike surprised us with a performance! It was great to have him there and he made us all laugh and had our jaws dropping with his illusions. Everyone had a blast and were very happy."
-James, Volunteer Coordinator, P.M.C.C.-

"...YOUR PRESENCE AND SENSE OF HUMOUR ADDED SO MUCH..."
-The United Way-

"...YOU WERE GREAT FUN..."
-Citizen's Committee To Combat Cancer-


﻿"We were so fortunate to have Magic Mike in our classroom to teach us some magic. The lesson was very interactive and the students were able to learn and practice new tricks.  Magic Mike was organized and open to answering any of the students' questions.  We all had a great time!"﻿
-Grade 5 Teacher, Surrey School Division, B.C.-

"...BROUGHT SMILES AND SPARKLES TO THE EYES OF EACH AND EVERY CHILD IN ATTENDANCE."
-Greg Dietlein,
Past President,
Vancouver Magic Circle- 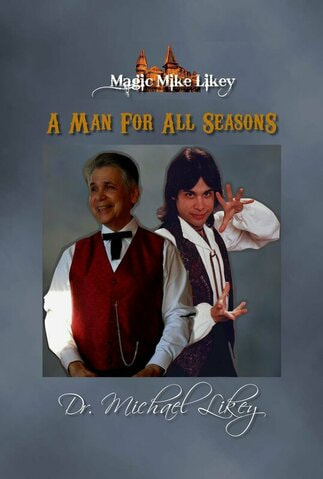 Magic Mike Likey is best known for his television program which ran from 1985-1994,
"Magic Mike's Castle"...

Enjoy one of his many television appearances on others' shows; this one is from 1990, "The Noreen Shane Show"...

Check Out His Podcast and Webcast...

Imagine that you and a spectator do the impossible: Each of you has half a pack of cards and each of you randomly selects a card from your respective half which you exchange so that there is no funny business; you each turn over the card that the other gave you, and they both match: they are both RED ACES! What’s more, after each of you shuffles your own half, this is repeated, this time each of you have the two BLACK ACES, again, randomly selected and exchanged!
Learn More Here 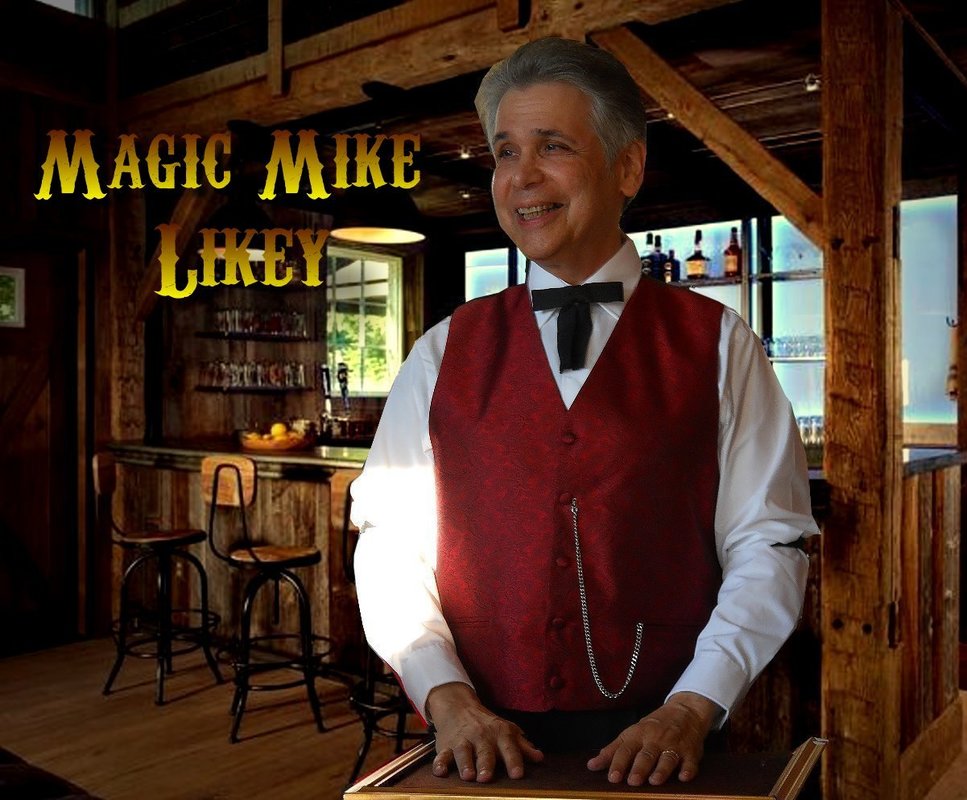 Magic Mike Likey: A Man for All Seasons (Autobiography) 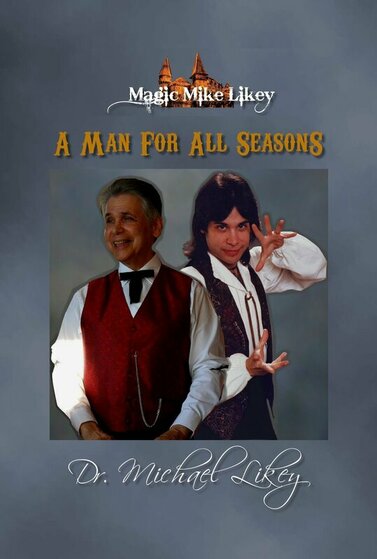 How does a humble Jewish boy from Montreal transform himself from graphic designer, to magician, to therapist, all the while enjoying the landscapes across Canada spanning some forty-one years? This is the subject of this book. When I first landed in Winnipeg from Toronto, and after a while, I checked out the local magic club, I remember meeting a magician whose business card read “A Man for All Seasons, Magic for All Reasons”; this is where the title of this book was inspired from! I’ve also changed the names and identities of most of the people here, as well as some of their careers/jobs, and the names of some places, and organizations for the sake of privacy/anonymity. Any resemblance to any person living or dead is purely coincidental. This is the story of my life of positively affecting my public in printed media, the medium of television, and finally the therapist’s couch and in social media. Some have called me a “Renaissance Man”, I choose to refer to myself as “A Man for All Seasons”. Decide for yourself.
Paperback: 304 pages
ISBN-10: 172211763X
ISBN-13: 978-1722117634
Product Dimensions: 6 x 0.7 x 9 inches
Shipping Weight: 1.2 pounds

Back to the '70's, is another digital download from
Magic Mike Likey, known back then as Shawn Stevens! 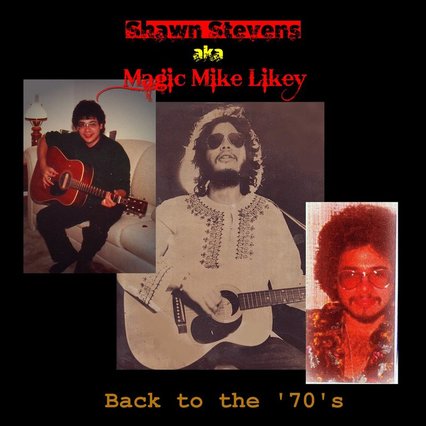 I actually started my magic and music career back home in 1970's Montreal, using the stage-name "Shawn Stevens", because I liked Shawn Phillips' mystical image, and the music of Cat Stevens. As a solo act and with only my acoustic Aria, I did colleges, Parks and Recreation events, and coffee-houses in and around my Montreal. Never reaching the musical heights of my drummer father Lou Likey who put me through college with his career, (he made quite a name for himself back then) he bought me my first guitar (the Aria) at Steve's Music Store in downtown Montreal, as well as my second guitar, a lovely nylon-stringed one from Pascal, a hardware store near our home in Cote-des-Neiges!
The songs on this album formed the core of my concerts, along with cover-tunes by Cat Stevens, Dan Hill, Supertramp, Meat Loaf, and others. Enjoy! 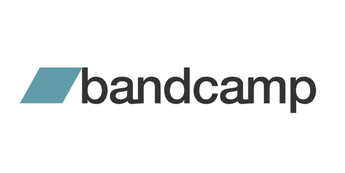 "OPEN/CLOSED PREDICTION" a.k.a.
"CLIPPED REVELATION"
From Magic Mike Likey!
Spectator's completely free and honest card-selection matches the jumbo-prediction made by the performer!
An ORIGINAL, VISUAL and EASY-TO-PERFORM MIRACLE that you'll want to FEATURE in ALL OF YOUR SHOWS!
Packs flat and plays big!
Comes complete with 30-MINUTE DVD and TWO EXTRA "SOMETHING'S" THAT WILL PRACTICALLY DO THE TRICK FOR YOU!

"The Ballad Of Young Magic Mike", my first all-new album in a few years is out! Geared towards kids, young and old alike will LOVE it! 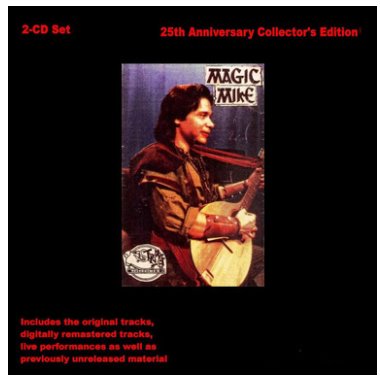 ﻿This is the 25th anniversary CD release of "Magic Mike", the self-titled debut album featuring the TV-themes from "Magic Mike's Castle" and "Magic Mike & Company".
It features previously unreleased material, the original mono tracks, digitally-enhanced versions of the original tracks, plus bonus live performances of the songs!

﻿"Shiner & Moondogg" , the story of a boy and his moondogg,
illustrated and written by Dr. Michael Likey (Magic Mike Likey) is Now Available on Amazon!﻿ 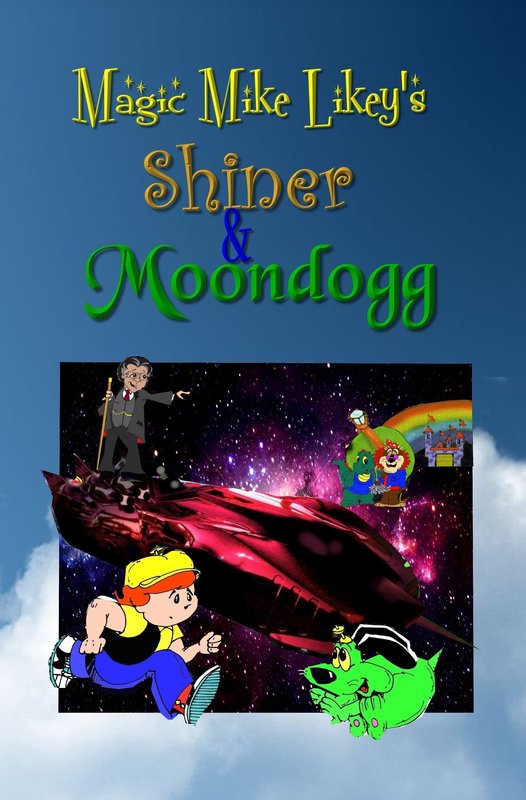 Enjoy a music-video inspired by Shiner & Moondogg, including illustrations from the book...

﻿﻿Look What People Are Saying About Magic Mike Likey...﻿﻿